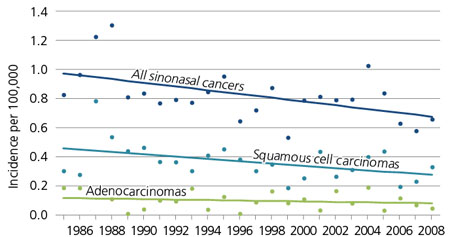 We are now examining wood dust related cancers in relation to occupation and industry of employment. Using job-exposure matrices for wood dust allows us to assign occupations into risk groups and examine whether occupations at high risk of wood dust exposure have higher rates of sinonasal, nasopharyngeal, or laryngeal cancers.

The effect of COR Certification in Ontario

July 2022: Listen to Chris McLeod describe the methodology we used in assessing how the COR™ program affected lost-time and high-impact injury rates in Ontario in the IHSA Safety Podcast. In this discussion, Paul Casey of Ontario’s Infrastructure Health and Safety Association (IHSA) also shares what prompted IHSA to engage with PWHS.

CARWH 2022 conference is free to all

July 2022: The Canadian Association for Research in Work and Health (CARWH) is taking place online September 15-16, 2022, with the theme “The Changing World of Work, Health and Research.” This year, attendance will be free to all. Abstract submissions for oral and poster presentations are welcome, and the deadline for submissions is extended to Friday, July 22.

June 2022: PWHS and the Occupational Health Clinics for Ontario Workers (OHCOW) are looking for public transport workers ages 35 and under to participate in our research project to better understand the impact that the COVID-19 pandemic has had on young workers and their workplace mental health.